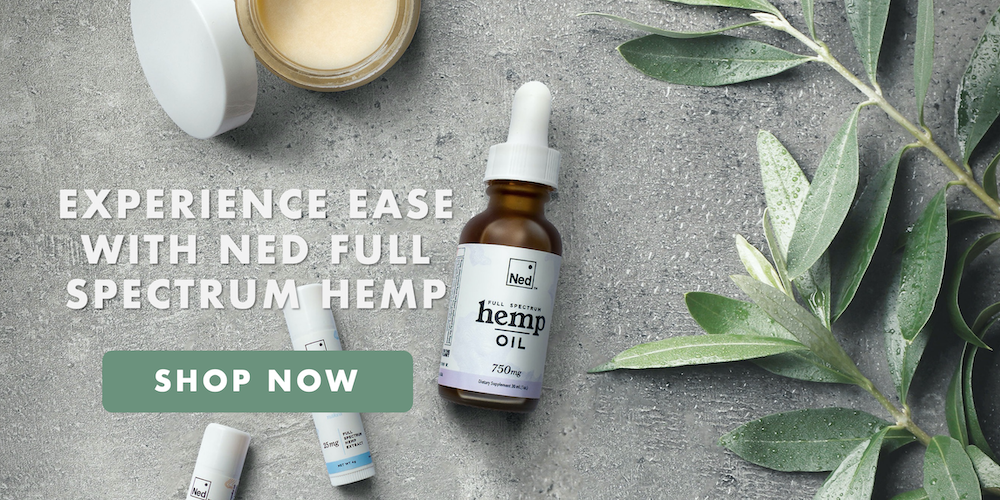 Full-spectrum hemp products and whole plant medicinals have been used by humans since the dawn of time. Thus, despite newly gained fame as a modern panacea, the therapeutic use of CBD rich cannabis and its constituents is not a novel development in our evolutionary history.

Hemp, like other medicinal plants, is loaded with a full spectrum of bioactive molecules, all with slightly different structures, that work together to produce and enhance each other’s therapeutic effects. This is where full-spectrum hemp oil gets its name.

As the therapeutic potential of cannabis gained fame, scientists, pharmaceutical companies and cannabis producers went one step further and isolated the plant’s two most abundant cannabinoids: THC and CBD. This allowed for the study of these two compounds without any confounding variables such as terpenes, phenolics, and other cannabinoids like CBN, CBG, and over 100 others.

Interestingly, although researchers observed the therapeutic benefits of both cannabinoids in isolate form, the desired effects only appeared within very specific doses, outside of which they were not observed.

Then, in 2015, in an effort to investigate the perplexing dose-response curve observed in isolate research, a groundbreaking study from Israel compared the efficacy of CBD isolate to its whole-plant or full-spectrum counterpart. The study, which examined the anti-inflammatory and anti-nociceptive (nociception is the detection of painful stimuli) responses in mice found that unlike isolate, as the dose of full-spectrum hemp oil increased, so did the breadth of its therapeutic benefits. 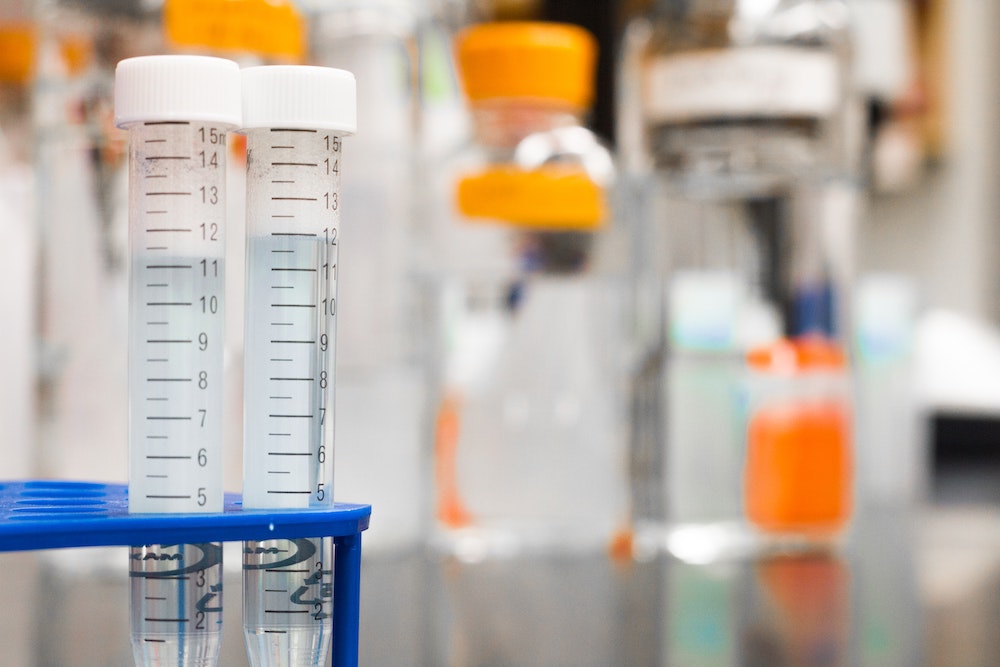 So, What Is CBD Isolate and How Is It Made?

CBD isolate is the purest form of CBD. During the hemp oil extraction process, all of the hemp plant’s other compounds are removed. This includes all other plant matter, cannabinoids, terpenes, and phenolics. In the end, only a tasteless, odorless, crystalline solid or powder that consists only of CBD molecules remains.

Over the past ten to fifteen years, many studies have focused on the effects of pure CBD across various animal models including rheumatoid arthritis, diabetes type 1, inflammatory bowel disease and multiple sclerosis. As mentioned previously, these studies observed the healing effects of CBD only when the isolate was administered within a very limited dose range. Surprisingly, no beneficial effects were observed at either lower or higher doses. This suggests that when CBD is used as a natural remedy for inflammation or inflammatory diseases, the best approach may be to use full-spectrum hemp oil.

How Does Full-Spectrum Hemp Oil Differ From CBD Isolate?

Full-spectrum hemp oil is extracted from the aerial parts of the hemp plant. Unlike isolates, full-spectrum hemp oils retain a broad range of the plant’s cannabinoids, terpenes, phenolics, essential vitamins, minerals, and fatty acids during extraction. 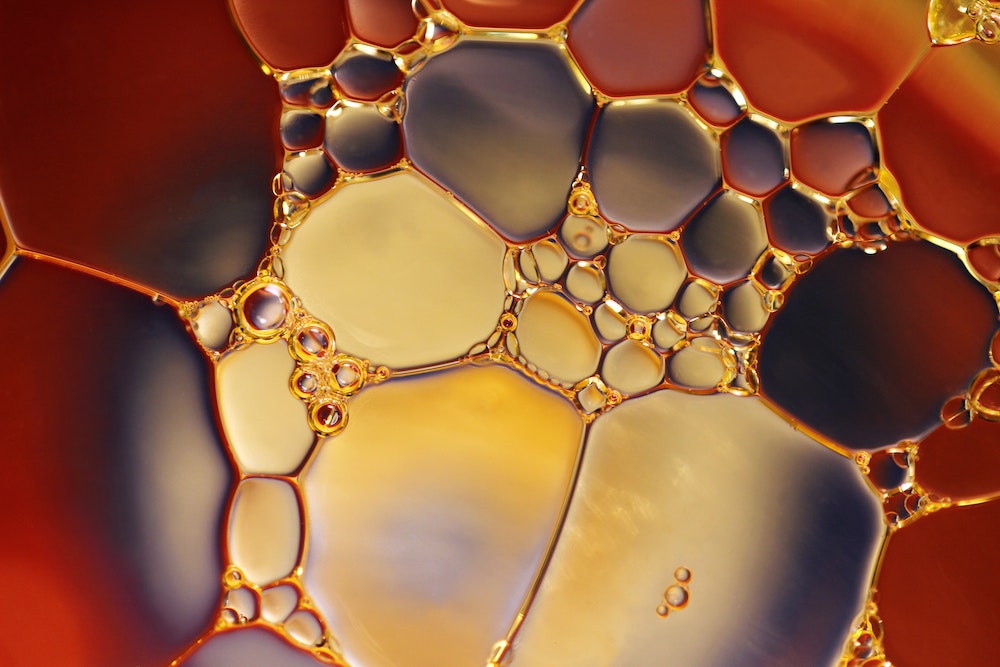 Like most whole plant medicinals, cannabis contains hundreds of bioactive molecules, each of which possesses a unique array of therapeutic properties. Although each compound appears to be beneficial in its own way, studies suggest that some of their effects are most notable when they are working in tandem. The ways in which these bioactive molecules work together to produce and enhance desired effects have been called the entourage effect.

Teamwork makes the dream work. A popular term in cannabis literature, the entourage effect refers to the combined power of different cannabinoids, terpenes, and phenolics to enhance each other’s desired effects when they are consumed together. The entourage effect is one reason why full-spectrum and broad-spectrum hemp extracts can be more powerful than single chemical isolates.

The cannabis plant is chock full of bioactive substances that exert effects on the human body. The three main compounds present in full-spectrum hemp oils are cannabinoids, terpenes, and phenolics.

Despite deriving their name from the cannabis plant, cannabinoids can be found throughout nature. Both plants and mammals produce cannabinoids. They are even present in human breast milk.

More than 120 cannabinoids have been identified and although they all share a similar architecture, each variation produces slightly different effects on our bodies. The major cannabinoids include THC, CBD, THC-A, THC-V, CBD-A, CBC, CBN, and CBG.

Cannabinoids bind to endocannabinoid receptors that are present throughout the body, including the skin, immune cells, fat tissue, pancreas, bone, liver, skeletal system, heart, blood vessels, kidney, and gastrointestinal tract. As such, cannabinoids play a crucial role in nearly every bodily function, including sleep, metabolism, mood, and injury mitigation.

Terpenes are naturally occurring aromatic hydrocarbons found in plants and animals. With over 50,000 terpenes identified, they are arguably the largest and most diverse class of organic compounds. They come in a variety of shapes and sizes, which contribute to the roles they play in our bodies.

Over 200 terpenes have been reported in the cannabis plant. They are behind the plant’s scent, flavor, and color. Small terpenes are able to quickly and easily evaporate into the air when we inhale them with our noses. They are thus the most fragrant and responsible for the distinct ways different varieties of the cannabis plant smell. Large terpenes tend to be less fragrant and play a role in the plant’s color and the stickiness of its resin.

Terpenes share a precursor with cannabinoids and are synthesized by the same secretory cells inside glandular trichomes that produce cannabinoids. Like cannabinoids, the effect profile of any given terpene can change in the presence of other compounds, thus contributing to the phenomenon known as the entourage effect. These phytotherapeutic agents have been able to produce synergy with respect to the treatment of pain, inflammation, anxiety, depression, and cancer, as well as fungal and bacterial infections.

The main cannabis terpenoids include limonene, myrcene, alpha-pinene, linalool, beta-caryophyllene, caryophyllene oxide, nerolidol, and phytol. Some of these are flavor and fragrance components we commonly experience in the human diet. For instance, high amounts of limonene are present in the essential oil of lemons and limes, while alpha- and beta-pinene are found in the essential oil of pine needles. These are associated with uplifting effects, while linalool, found in lavender oil, is known for creating feelings of relaxation.

The largest group of phytochemicals found in cannabis, terpenes are very potent and display unique therapeutic effects. Some have anti-inflammatory, analgesic and antibacterial properties, while others appear to simulate the effects of endocannabinoids and neurotransmitters. In topical products such as CBD lotion, terpenes can aid in moving other molecules across the skin barrier, helping to make cannabinoids more bioavailable in our bodies. Terpenes also affect animal and human behavior when inhaled from ambient air and have been found to meaningfully impact the entourage effects of cannabis extracts.

Phenolic compounds possess a number of bioactive properties and have been linked with various health-protective events. They are aromatic phytochemicals found in most plant tissues. Herbs, fruits, and vegetables all contain phenolic compounds, which contribute to their color, flavor, and astringency while acting to protect the plants from harm. Phenolics are known for aiding us in instinctually judging the nutritional quality of the fresh and processed foods we consume. They help give foods like dark leafy vegetables and berries their superfood status and have even been shown to exert inhibitory effects on genetic mutation or mutagenesis and cancer formation, or carcinogenesis.

Many phenolic compounds found in plants, including those found in full-spectrum hemp oil are excellent sources of natural antioxidants. Plants produce antioxidants to protect cells from stress. By consuming these cell-protective phytochemicals, humans and animals can utilize their fortifying properties.

Flavonoids, the same bioactive substances that lend their health benefits to dark chocolate, are the single most important group of phenolic compounds found in food. They are also the most bioactive phenolics in the hemp plant. The regular consumption of flavonoids is associated with decreased risk of a number of chronic diseases, including cardiovascular disease, cancer, and neurodegenerative disorders.

Not All Hemp Oils Are Created Equal

Source matters. Just as you might be wary of Roundup in your bread, pesticides on your apples, or depleted soil conditions affecting your local farm, you too should be wary of sub-par hemp cultivation, processing, and extraction.

The soil, nutrients, and even air quality of a hemp growing operation can all impact the levels of medicinal compounds in the plant at harvest. Even if the hemp was grown in the best conditions, subsequent processing and extraction will determine the number of bioactive substances in the final product.

Ned uses only the highest quality, Non-GMO organically grown Colorado hemp, cultivated in nutritious soil without the use of chemical pesticides. Unlike most CBD oil manufacturers who use all aerial plant parts, we make our extract using only hemp flowers or buds. In addition, we employ natural drying methods and very low temperatures during extraction, helping to avoid oxidation and the breakdown of volatile compounds. Our very gentle, slow, and cold ethanol-based extraction method happens at -17 degrees Fahrenheit. This ensures our product is left uncompromised by high heat and pressure leaving the most complete profile of whole-plant cannabinoids, terpenes, and phenolics.

Happy plants make for happy bodies, so make sure your CBD products and full-spectrum extracts come from hemp plants grown with love! 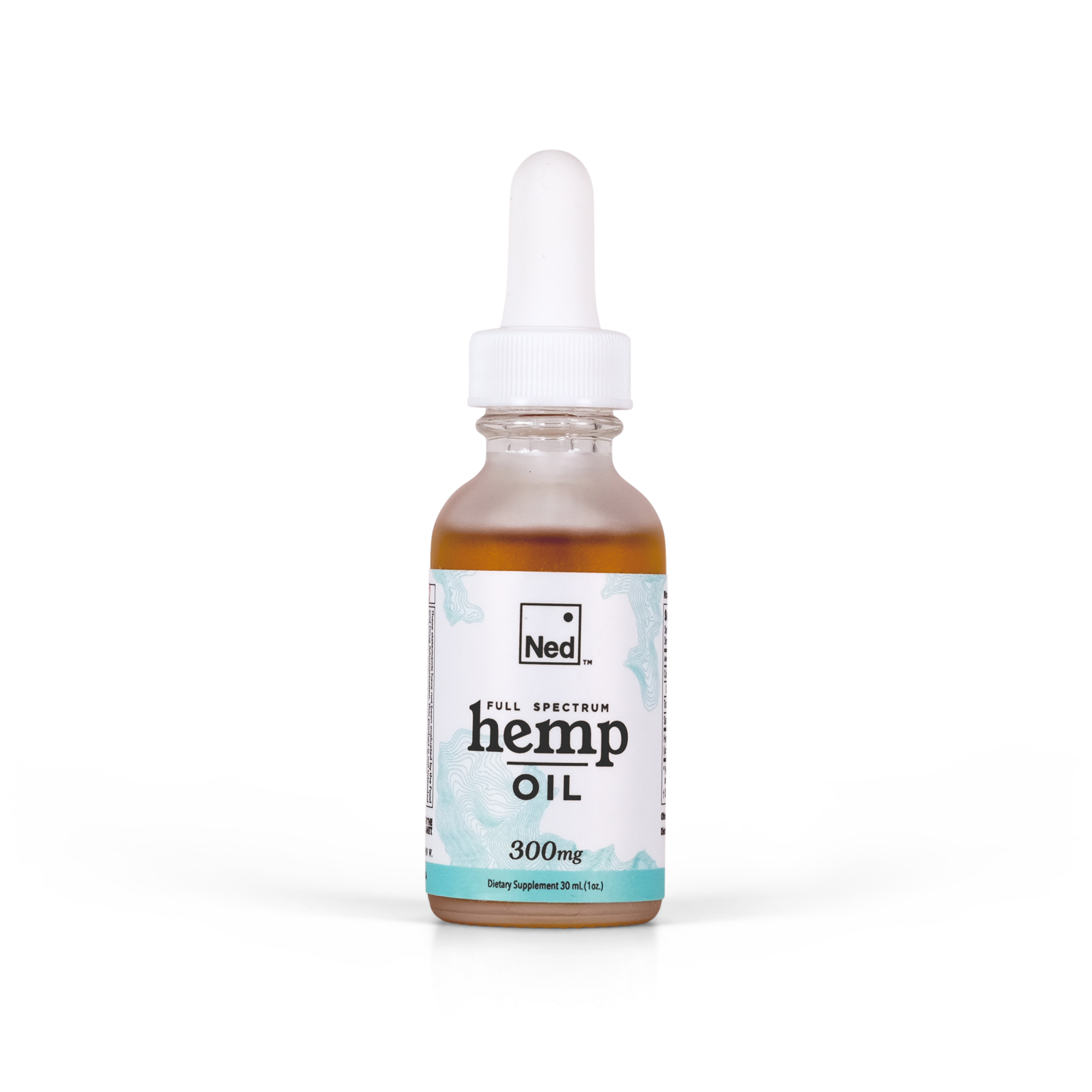 Best for beginners and pets. 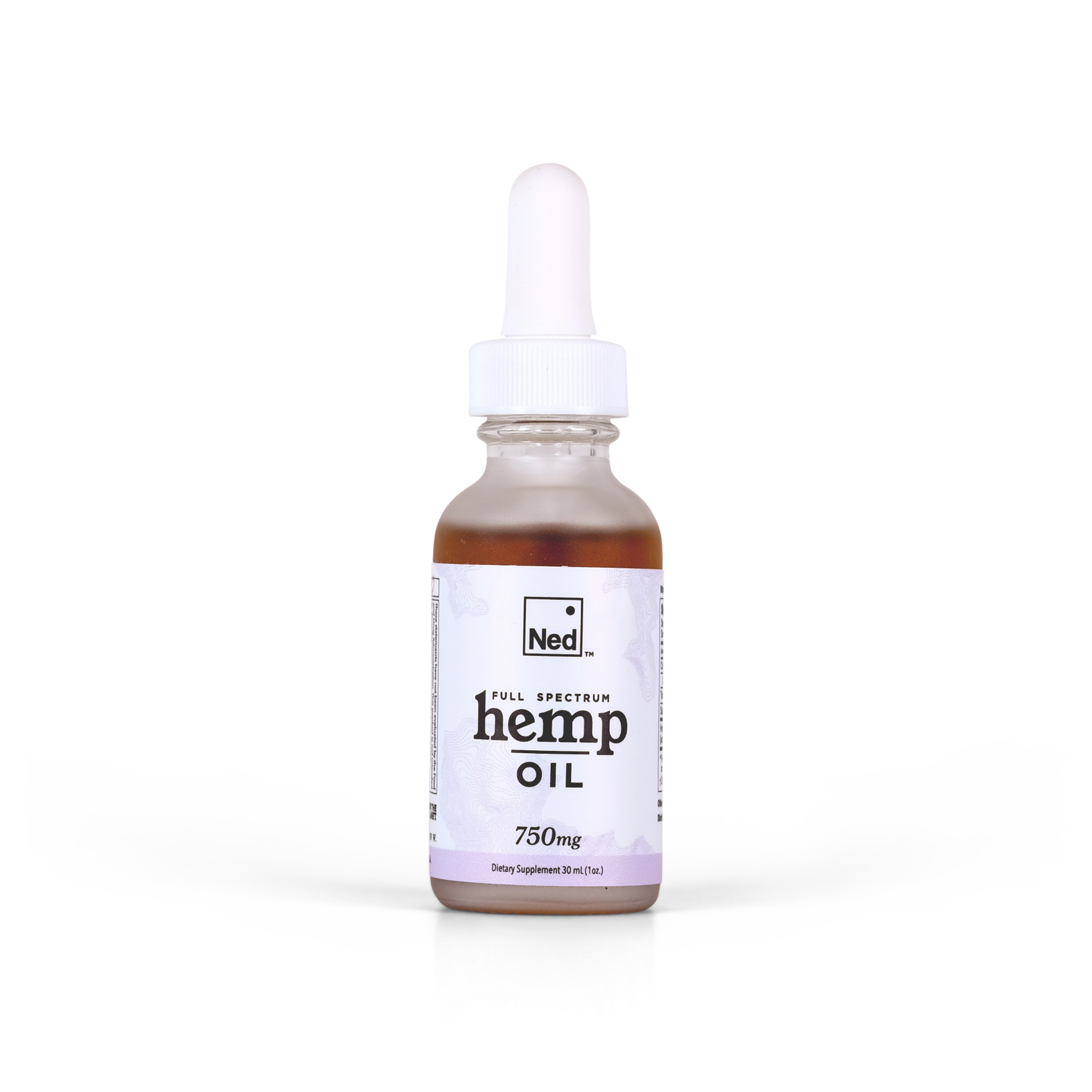 Best for consistent use. 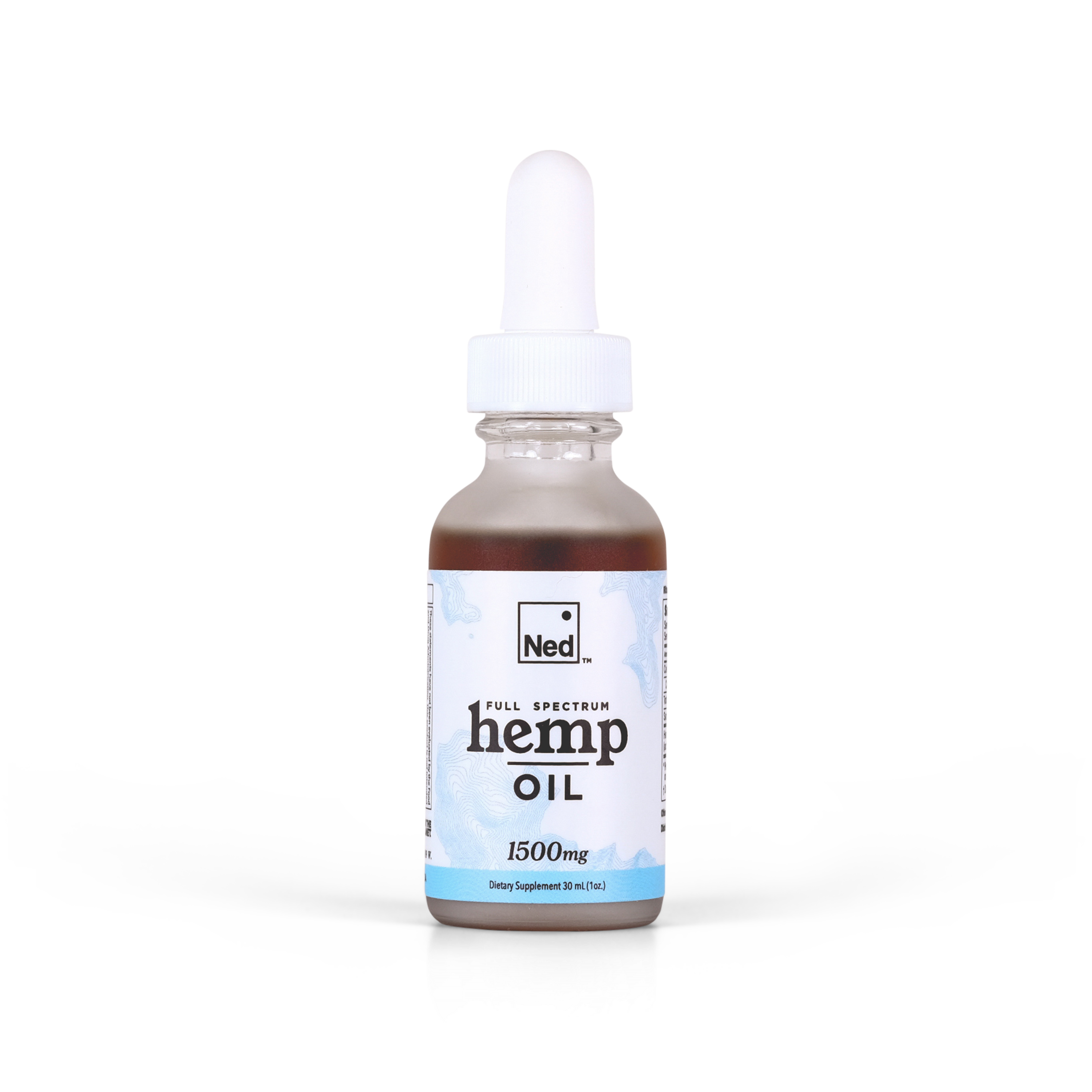